React Native: 5 reasons why it is the best choice for mobile app development 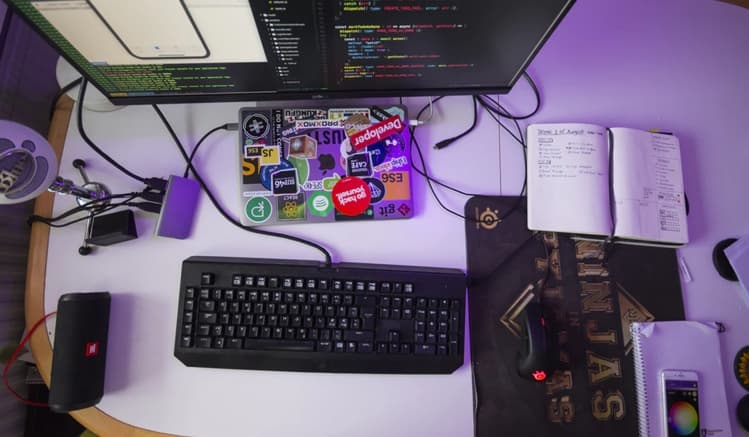 React Native: 5 reasons why it is the best choice for mobile app development

A few years ago Facebook presented their framework called React Native, that is intended to become the number one tool for cross-platform development. The creators promise that React Native framework will provide easy and smooth iOS and Android apps development simultaneously using JavaScript programming language.

Today this framework is pretty popular among both mobile and web developers and there already a bunch of apps with “celebrity” names on the mobile markets that have been transferred almost or partially on React Native wheels: Facebook, Skype, Instagram, Uber eats, Tesla.

So why such huge companies are choosing development with  React Native these days? What are the key advantages of React Native? And why this framework is exactly what you need for your next mobile app?

Any executive in any company won’t resist taking advantage of the opportunity to cut down on development costs and make the application just as good and effective as if he was using the traditional approach to mobile app development. With React Native framework you can deliver the app twice as soon due to the fact that it provides the tools for sharing a single codebase for both the iOS and Android platforms. Consequently, you will save a lot of resources: material, human and time resources.

Your JavaScript developers now cannot only develop web applications, the popularity of which is decreasing, due to the uprising amount of time people prefer to using mobile apps. Now they can also apply their skills in a new sphere, and they won’t even have to learn how to develop apps from scratch – they can start developing the app for both platforms right away.

A very beneficial React Native’s feature that allows to keep the application running while implementing new functionality or upgrading the UI. Hot Reload means that, unlike Nativie development, you won’t have to wait a long time while the application will be building, even if you just fixed a font color – React Native’s feature enables to build only the modified modules, which is significantly faster.

Today there are more than 300 thousand npm modules in React Native, that you can use for free, right out of the box, and build you application using ready npm modules just like building a house out of Lego bricks.

The fact of using a single codebase for both iOS and Android reduces the time needed for debugging and code optimization. Instead of searching for bugs and defects and both platform separately, you will fix a problem in one place for 2 OS at once. You have a single codebase to monitor, a single version to fix.

In general, React Native development has emerged a lot since the very appearance a few years ago. The number of apps made via this framework is steadily growing.

Benefits of React Native today give incredible opportunities for software developers to increase their productivity without having to sacrifice the quality of the final product. Comparing to a number of other cross-platform and hybrid frameworks, it has the perfect balance for creating a good React Native mobile app using a unified approach to both iOS and Android via web tools.

Don’t hesitate to try using this framework for your next project since there are so many reasons for React Native, and see what amazing results it brings!

Smartym Pro’s team is always ready to assist you in creating a mobile app from scratch. Being a React Native development company, we have deep expertise to suggest the suitable technology stack. In case you have some doubts on whether to use React or just Native development, check out our earlier article on this topic. Or just contact us for a free constructive consultation.